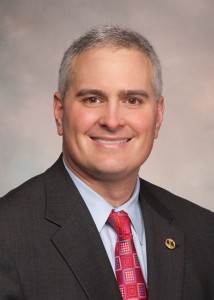 Richmond, VA – The Virginia Sheriffs’ Association has selected Delegate G. M. “Manoli” Loupassi of Richmond to receive the Outstanding & Distinguished Legislative Service Award. He is the only member of the General Assembly to receive this prestigious award in 2014, which will be presented in September during the association’s 81st Annual Conference in Virginia Beach.

“Because of Delegate Loupassi’s commitment to public safety, to his sheriffs, and to the citizens across Virginia and particularly to his district, the Virginia Sheriffs’ Association has chosen to recognize him this year with the Outstanding & Distinguished Legislative Service Award,” said John W. Jones, Executive Director of the Virginia Sheriffs’ Association. “Delegate Loupassi commands the respect of other members of the General Assembly and has demonstrated his ability to get things done that impact public safety in a positive way. His legislative actions have contributed to make our communities a safer place in which to live.”