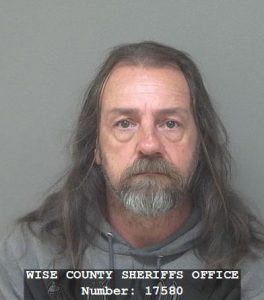 During the execution of the search warrant at 8615 Hubbard Mountain Road in Pound, VA, David Dwayne Mathias, age 49, was arrested and charged with possession of a firearm and ammunition after being a convicted felon.  Mr. Mathias was one of thousands of felons who have recently had their rights restored. He is currently being held in the Southwest Virginia Regional Jail in Duffield, VA with no bond.

The investigation is still ongoing with more charges pending.

Wise County Sheriff Ronnie Oakes stated, “My office will continue to fight the drug epidemic that is destroying people’s lives and families.  We will work hand in hand with Commonwealth’s Attorney Chuck Slemp to bring the best possible cases for prosecution. I appreciate the joint effort by all local, state, and federal agencies that were involved in helping to break up this major synthetic drug ring. Wise County Commonwealth’s Attorney Chuck Slemp stated, “I am thankful for the amazing teamwork of our law enforcement community and the opportunity to work alongside them yesterday in the field. Yesterday’s efforts demonstrates our continued commitment to fighting drug dealing and substance abuse throughout Southwest Virginia.