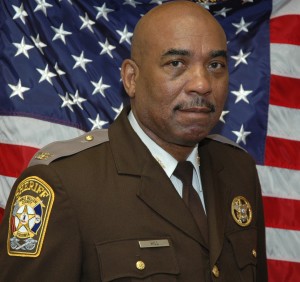 Sheriff Glen Hill was born and raised in New Bern, North Carolina. After graduating from high school, he joined the U.S. Army. His last tour of duty was at Vint Hill Farms Station on the western border of Prince William County, where he served in the U.S. Army Security Agency. He received an Honorable Discharge from the U.S. Army in 1969. Following his discharge, he became the first African-American to join the Manassas City Police Department. In January of 1982, he joined the newly created Prince William-Manassas Regional Adult Detention Center, where he held every management position, including appointment to Superintendent in 1993. While serving as jail superintendent, he was named Correctional Administrator of the Year for 1997 by the American Jail Association.

Sheriff Hill and his wife, Carolyn, have been married since 1974. They have three children and ten grandchildren. Carolyn is a school teacher in the City of Manassas school system.